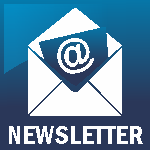 When OPJU was established 4 years ago in Punjipathra, Raigarh District it was the culmination of the dream of my father and the founding Chairman of OP Jindal Group, Shri O. P. Jindal.

JSPL’s humble beginnings are rooted in the District of Raigarh, where it began as a small steel making operation in the early 1990’s and through the hard work and dedication of the founders and employees today boasts of a 3.6 MTPA steel plant, a 3400 MW Power plant in Tamnar – the first independent power producer, Nalwa Steel Works, Structural Steel Division, and OP Jindal Industrial Park, Punjipathra.

For a community that means so much to the success of JSPL, it was our dream to start a University in the area as both a way to give back to the region, but more so, a deeply rooted commitment to educate the youth of the area, as only an educated youth can help the nation develop to its full potential.

Started in 2008 as an engineering college, today I can proudly say that in a short span of only four years, OPJU has become a role model for institutions of higher education not only in Chhattisgarh, but in the entire nation of what can be achieved with the right motivations, vision, and programs focused on student outcomes, creating vast employment opportunities for the youth of our nation and guiding them along a path to becoming successful contributors to society.

With OP Jindal Group’s deep commitment to nation building and focus on core industries of Steel, Mining, Power, and Construction, it is only befitting that OPJU’s vision of becoming the nation’s first private and only university to enhance the core sector capabilities is our commitment to the growth of the nation and realizing our collective dream of building the nation we can all be proud of.

As the Patron of an institution of higher learning, I am humbled by the enormous faith the community has bestowed upon me and accept the challenge and the responsibility to build a socially responsible, equitable, and accessible institute we can all take pride in.

The Vision Behind Founding OPJU